[ ♪ Intro ] Going to the doctor’s office is almost always
a bummer. Even if you’re not deathly ill, there’s
the whole ordeal of actually getting out of the house and then filling out forms and waiting
around reading old magazines for what seems like eternity. So it’s not surprising that home remedies
are pretty popular, but do they actually work? I should probably point out that I’m not
a doctor, so if you have any questions about what can and can’t be treated at home, you should definitely ask someone with medical training. But studies by actual doctors have found that
even some of the most well-known home remedies don’t work, and sometimes they do more harm
than good. And for these six, science says it’s time
to find an alternative. Honey can be kind of wonderful when you’re
sick.

It has antibacterial powers, and if nothing
else, it adds a little sweetness your sleepy
time tea. But one thing it doesn’t seem to do is reduce
allergies. You might have heard that eating local, raw
honey can prevent you from experiencing seasonal allergies. Because this honey is made from the plants
around you, it’s thought that it provides controlled exposure to the stuff causing your allergies kind of like an allergy shot would. And we know that those can cut down your allergic
response. There are even tablet versions for ragweed
and grass pollen allergies, so you can fight
allergies with your mouth.

But studies suggest honey just doesn’t do
the job. Most of the pollen in honey is from flowers
that rarely cause allergies. But more importantly, even super raw, unfiltered
honey straight from the hive just doesn’t have that much pollen in it, less than half
a percent by weight. And clinical studies suggest that’s just
not enough. For example, researchers at the University
of Connecticut tested 36 people with allergic rhinoconjunctivitis, aka classic allergy sufferers,
complete with runny noses and red, puffy eyes. The participants ate a daily tablespoon of
either raw, locally sourced honey, processed honey, or a placebo, and maintained a diary
of their symptoms for 10 days. But in the end, neither honey-eating group
reported more allergy relief than the placebo. A different study did find that spiking honey
with an allergy-causing pollen could help, so there might be a way for scientists to
create a honey-based allergy treatment.

But that would mean a lot more research to
design something that probably will end up being a lot like the tablets we already have. Though maybe you could use it to sweeten your
tea, too. Now this one wasn’t some kind of pre-tanning
bed bronzing strategy. Putting butter on a toasty patch of skin used
to be considered a viable home remedy for thermal burns. The treatment started on the battlefields
of 19th century Europe because it was thought that deep burn wounds needed protection from air.

Even in the early to mid 20th century, butter
and oils were used on burns that started to blister or char. These days, we know better. Butter, coconut oil, and pretty much any greasy
goo of your choosing will trap heat, which is the opposite of what you want to do with
a thermal burn. Doctors say the key to a speedy recovery is
cooling such burns ASAP, and certainly within in the first 48 hours. This not only makes the burn less severe,
it reduces pain, something you probably want if you just burned yourself. It’s actually a little weird that cooling
works so well even if the application is a little delayed, considering the actual temperature
of your skin goes back to normal within a few minutes.

But in animal studies, even delayed cooling
of burns helps decrease swelling, preserve blood flow to the skin, and reduce healing
time, though sooner is better. And you might think ice water would be top
choice since it cools quickly, but research is mixed. That’s because it’s hard to judge how
cold things are when you’re burned, so you might overdo it and get frostbite… ironic
as that may sound. And that’s why international burn associations
and first aid organizations usually recommend gently cooling down a burn for 10 to 20 minutes
with cool to room temperature water.

And they’re also pretty clear about not
using butter. The only real exception to the no butter rule
seems to be if your burn is caused by hot tar. In that case, something slick like butter
can help remove the sticky stuff, but it’s probably still best to go to the doctor. Parents of young children are all too familiar
with head lice. These extremely contagious little vermin can
climb aboard when your hair or head touches someone else’s, though probably not via
hats or combs like we used to think. And they set up shop on your scalp, sucking
your blood and making it itch like crazy.

Getting rid of them usually means doing laundry
constantly, picking at hairs for hours, and multiple head washes with annoyingly expensive
medicated shampoos, that it turns out some lice have become resistant to. So it’s no wonder many hope household items
can take them out instead. Unfortunately, one common go-to, vinegar,
just isn’t effective. It’s thought that the acidic liquid might
harm or suffocate the little critters. But when researchers tested a handful of different
home remedies by dipping human hair samples in different products, the vinegar-drenched
tufts had almost no difference in adult lice or egg content after 8 hours, the time ofa typical overnight treatment. The researchers also found the lice were able
to survive over 24 hours without food, and some even made it through 12 hours without
air. Other things they tried did seem to work better
than vinegar, though, like petroleum jelly. But I still wouldn’t get too excited, since
some lice and eggs survive the jelly, too. So it will still require multiple applications
and a lot of hair brushing to get rid of the lice completely. There’s simply no quick and easy way to
rid your head of lice, other than to completely shave off your hair. 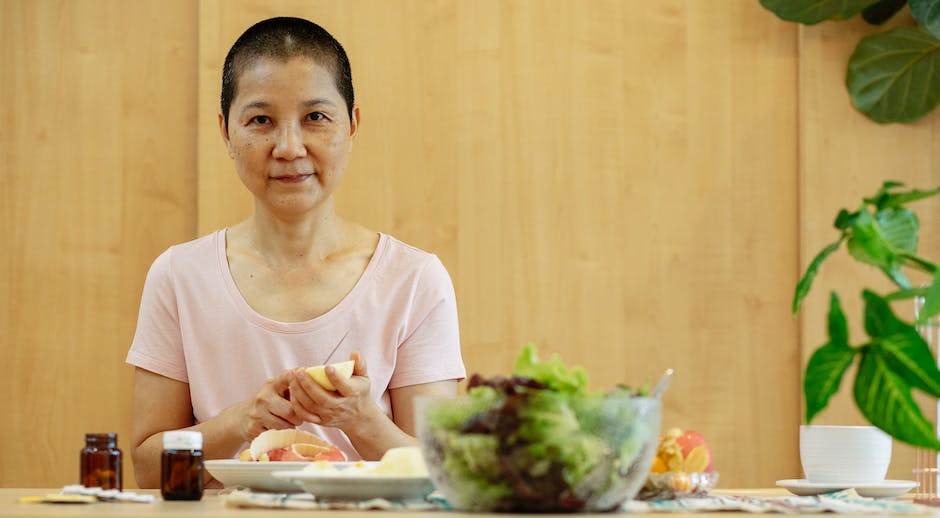 Now, this might come as a shock, but swallowing
poison isn’t a good idea. So for decades, people used to stock their
medicine cabinets with a product called ipecac syrup. Made from dried bits of a Costa Rican plant,
it could used to induce vomiting if their kid ate some rat poison or something. It was such a common remedy that you used
to be able to find it in any big drug store. But as of 2010, American manufacturers stopped
producing it altogether because it doesn’t work. Well, I mean, it does make you throw up. Ipecac syrup is an emetic: a substance that
causes you to vomit. But the act of vomiting doesn’t do all that
good a job of ridding your body of poison. When you purge, you don’t always completely
empty your stomach. And any delay between ingestion and vomiting
gives your body time to absorb a poison.

Which is why research in 2005 concluded that
when it comes to removing toxins, vomiting isn’t as effective as other treatments. And taking the time to drink ipecac and vomit
can delay or even interfere with better options like activated charcoal. Also, some of the side effects of ipecac syrup
are similar to the effects of some poisons, which makes the diagnosis more confusing for
your doctor. So these days, most major toxicology authorities
agree that no matter what you’ve ingested, you shouldn’t reach for ipecac. If you’re really concerned that you or a
family member has ingested poison, call your local poison center, call 911, or just go
to the hospital. People’s main priority when they get a nosebleed
is usually to stop the fountain of blood coming out of their nose as quickly as possible.

So it’s no wonder that many people think
the best treatment for epistaxis, that’s the medical term for a nosebleed, is to tilt
your head back. And it works! I mean, it stops the blood from dripping down
your face, but it doesn’t stop the blood from flowing. Human noses are full of blood vessels, so
when there’s a bleed, there’s often a lot of blood and all that blood has to go
somewhere.

The main danger with the head tilt method
is that you can actually choke on your own blood. Your nose is connected to your throat, you
know, where your windpipe and esophagus are, by a tube called the pharynx. So when you tilt your head back, you can block
or flood your windpipe with blood. Or all of it can travel straight to your stomach,
which can cause irritation and vomiting. Which is why doctors say to do the exact opposite: tilt your head forward while keeping your head above your heart. And just catch the blood in a towel or something.

Studies have suggested that pinching your
nose just below the bridge for 5 to 10 minutes can help, that applies pressure to the most
likely bleeding point. Or, a cold compress may help by giving you
some much needed pain relief. So you can try that, too, but if the blood
just doesn’t seem to stop coming, then calling a doctor isn’t the worst idea. If you’ve ever had pink eye or conjunctivitis,
you have my sympathy. Pink eye is highly contagious and extremely
common in both kids and adults. And the pain, swelling, and redness just,
sucks. As if to make matters worse, doctors often
don’t prescribe anything, not even medicated eye drops, preferring to just wait it out. So a desperate desire to do something to speed
things along might be why someone came up with the idea of covering infected eyes with
boiled tea bags. And it’s not as far-fetched as it might
seem. The main symptoms of pink eye stem from inflammation, which is an immune response usually triggered by a viral or bacterial infection. Chamomile, a common component of teas, does
have some anti-inflammatory properties.

But there’s no evidence that chamomile-filled
tea bags help with pink eye. People who swear by this method might be picking
up on something else: the heat. For reasons that aren’t completely understood,
applying heat often reduces pain. So basically, those tea bags might be acting
like a hot towel. And in all fairness, you’re probably not
doing any harm by covering your eyes with hot tea bags, so long as they aren’t hot
enough to burn you. So I guess if you need an excuse to brew a
quick pot of tea and take a nap, more power to you. Nowadays, it is super easy to find all kinds
of different medical advice, but just because a treatment comes up in a search or has been around awhile doesn’t mean it’s good. If you use one of the “home remedies”
we just talked about, you could be making the whole experience that much worse.

So before you follow age-old idioms or even
the sage advice of Google, you probably want to check with a trusted medical resource. Thanks for watching this episode of SciShow! And if you want to learn more about medical
science, from an actual doctor, no less, you might like one of our sister channels, Healthcare
Triage. On this channel, Dr. Aaron Carroll explains
healthcare policy, dives deep into medical research, and answers all sorts of questions
about medicine, health, and healthcare.

So check it out at YouTube.com/HealthcareTriage! [ ♪ Outro ].

How to prevent and treat nail fungus

How to treat ACID REFLUX AT HOME – HEARTBURN TREATMENT(GERD)